The Particular Baptist understanding of the Covenant of Grace
The paedobaptist model: “one covenant under two administrations”

To fully grasp the Baptist understanding of the covenant of grace, it is important to compare it with the seventeenth-century majority position held by paedobaptists. The common view of the covenant of grace among Reformed theologians since the beginning of the Reformation up to the end of the seventeenth century was the notion that it was administered respectively by the Old and New Covenants. This paradigm, one covenant under two administrations, made the Old and New Covenants to be seen only as two different administrations of the same covenant, rather than two different covenants in themselves. This notion was definitively rooted in the broader Reformed theology. The Westminster terminology is a witness of that fact, when it says, “This covenant [i.e., the covenant of grace] was differently administered in the time of the law and in the time of the gospel…”[1]

In order to explain the difference between the Old and New Covenants, Reformed paedobaptists used a fundamental distinction between the substance and the administration in each of these covenants. This distinction allowed them to acknowledge that the Old and New Covenants were different in form but not different in substance. For example, Herman Witsius wrote in 1677:

It is a matter of the greatest moment, that we learn distinctly to consider the Covenant of Grace, either as it is in its substance or essence, as they call it, or as it is in divers ways proposed by God, with respect to circumstantials, under different economies. If we view the substance of the covenant, it is but only one, nor is it possible it should be otherwise. …But if we attend to the circumstances of the covenant, it was dispensed at sundry times and in divers manners, under various economies, for the manifestation of the manifold wisdom of God.[2]

In the very formulation “one covenant under two administrations,” we find the substance/circumstance distinction. First, there is one covenant (invisible substance) under two administrations (visible circumstance). This distinction is implicit in all of paedobaptist federalism and it is fundamental to it. For example, William Ames, discussing the differences between the Old and New Covenants, uses this distinction. He says, “The [new] testament is new in relation to what existed from the time of Moses and in relation to the promise made to the fathers. But it is new not in essence but in form.” [3]

In distinguishing between the essence and the form (substance/administration), Ames confines the newness of the New Covenant to its external form, its substance being the same as the Mosaic Covenant. Consequently, for Ames and his paedobaptist contemporaries, there is identity of substance between the Old and New Covenants.[4] On the basis of this continuity, the paedobaptists established their principle of posterity by which the natural descendents of believers are integrated into the covenant of grace.

Second, in particular, from all the parts of the Covenant of Grace which were the same in both cases. Such is the clause of the covenant that God will be our God and the God of our seed; for as it had already been proposed to Abraham (Gen. 17.7) and renewed to Moses in a vision (Ex. 3.15) and frequently in legislation, confirmed in the captivity and after it (Ezk. 36.28), so no other was proposed in the Covenant of Grace as the foundation of all blessings, spiritual as well as celestial (Mt. 22.32; 2 Cor 6.16; Rev 21.3).[5]

The Baptists did not deny the principle of natural posterity under the Old Covenant. However, they considered the importation of this principle under the New Covenant to be a fallacy dependent upon an artificial and arbitrary construction of the covenant of grace.[6] They had to prove that the paedobaptists were wrong to establish a unity of substance between the Old and New Covenants. This was a great challenge, because the unity of the substance of the covenant of grace was seen as self-evident (something the Baptists also believed) and sufficient to justify the importation of the Old Covenant principle of natural posterity under the New Covenant (which was rejected by the Baptists).

[5] Francis Turretin, Institutes of Elenctic Theology (Phillipsburg, NJ: P&R Publishing, 1992), 2:195. Cf. also Thomas Goodwin, “A Discourse on Election” The Works of Thomas Goodwin, Volume 9 (Grand Rapids: Reformation Heritage Books, 2006 [1682]), 428ff. Goodwin attempts to explain that the “covenantal” privilege “I will be your God and the God of your posterity after you” was reserved for Abraham as “the father of all believers,” but that it is also the privilege of all children of Abraham to also have their own posterity counted in the covenant of grace.

[6] They also believed the paedobaptists did not apply this principle in a manner which was coherent with the way in which it was applied under the Abrahamic covenant. Nehemiah Coxe explains: “They [the paedobaptists] generally narrow the terms of covenant interest…by limiting it to the immediate offspring. Yet in this covenant [the Abrahamic covenant] it was not restrained like this but came just as fully on remote generations. They also exclude the servants and slaves of Christians, with the children born of them, from that privilege which they suppose they enjoyed under the Old Testament in being sealed with the sign or token of the covenant of grace.” Cf. Coxe and Owen, Covenant Theology, 106. 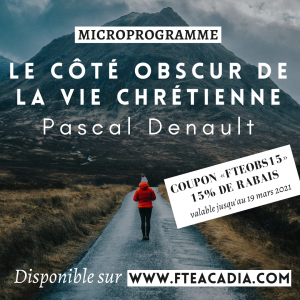